This weekend, Campbell De Salis (aka Fiona Campbell and Rodolph de Salis) had the pleasure of a weekend sojourn to Barfleur, Normandy at the kind invitation of artmonger JH who resides in a beautiful house on the harbour front packed with curious treasures and artworks.


A charming and dare I use the word ‘unspoilt’ harbour village that was the principal port of the medieval Anglo-Norman Plantagenet Kingdom. Point of departure in 1066 for the Normans to the Battle of Hastings and in 1120, The White Ship carrying Prince William, the only legitimate son of Henry 1 of England went down outside the Harbour causing chaos in the monarchy.  According to reports (possibly from the only survivor, a butcher from Rouen named Berold, the crew had imbibed rather alot of Calvados).


Artist, Paul Signac(1853-1935) had a house in Barfleur.  In a letter to his friend and art collector Gaston Lévy, Signac wrote: ‘The port has enough hustle and bustle about it, and is lined with houses of a handsome and pure architecture. The countryside around is magnificent and very wooded, and the terrain is rolling. It’s one of the high spots of France: the sea is beautiful and the gardens are full of flowers’.


Indeed Barfleur was to provide a cornucopia of delights, from the glorious residence and inside knowledge of our host and his trusty companion Clemmy the sheepdog, to the flea market, fishermen, medieval buildings, fruits de mer,  the ferry journeys (of course) and visit to the Chevalier in Cherbourg…


The ferry from Portsmouth to Cherbourg provided plenty of entertainment before we were picked up by our host, JH and Clemmy for the short (25K) journey to Barfleur.

Once the grenier-vide finished there was time to explore the local environs. 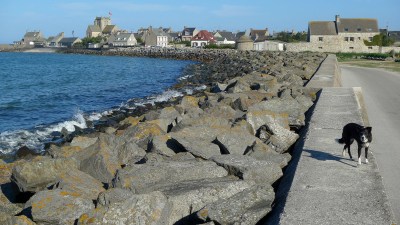 Before the war this used to be a sandy beach. 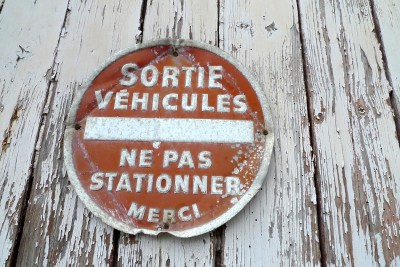 Back at the residence…
On the way to our return ferry JH kindly took us to the Chevalier where I purchased some horse steak and horse sausage on order from my friend Craig Hunt who has a superb food blog.  Here’s a link to his entry which has a good explanation of the history of horse eating.   http://maddogtvdinners.wordpress.com/2011/06/29/horse/

On return to London I took one of the horse steaks and sausages to my chef friend Charles Merrington who was celebrating his birthday with a barbecue.  Hot debate ensued and some party goers thought I was ‘taking them for a ride’… Alas I did not get to try the horse as Charlie’s fellow chef, Ruben put it to one side for concentrated degustation the following day.  He had never tried horsemeat before. 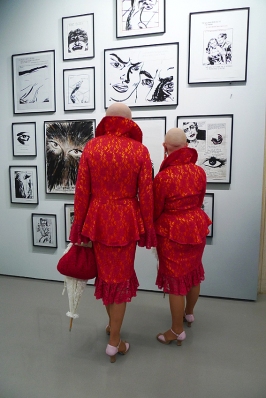